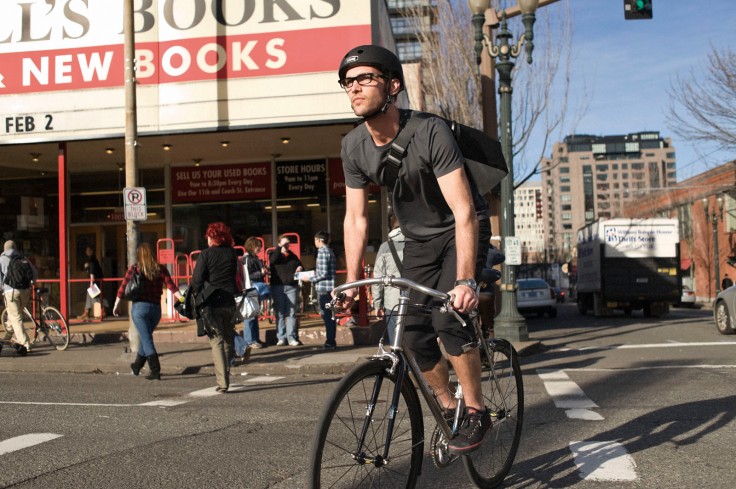 There was a “once upon a time” moment in my life that I shall call “Before I Got A Car.” In this time period, the fastest way for me to get from point A to point B, without a doubt, was by riding my bike. I was living in Edmonton and was firmly rooted in the lifestyle of the “Year Round Bicycle Commuter”. A drivers license was still decades into the future. I rode my bike. Everywhere. It didn’t matter the weather. It didn’t matter the season. Nor the time of day. The distance of the chosen route was never an issue. Riding forty kilometers in winter snow to visit a “local” hobby shop was no big deal. Experiencing firsthand the magic of commuting home in the dark on a snowy Christmas Eve, just me, my trusty Kuwahara cyclocrosser, and the quiet of the falling snow, is something that I don’t think I’ll ever forget. I can’t. It’s part of who I am. (when I moved to Ontario I accidentally left the Kuwahara  behind. Stupid me. I hope whoever ended up with it treated it well and continued to ride it daily). (not to mention that the bike also had an original Specialized Dirt Drop handlebar on it, which I’d love to have right about now. Double oops). Anyway, I was young and fit and rode thousands of kilometers a year.

I arrived in Ontario with my Breezer mountain bike. (I at least remembered to bring one bike to the airport). I also arrived with my commuting mindset intact. I took a week off to goof around and get settled in. The second week  I acquired a job and headed off to work every day. Surprisingly, a strange thing happened. Because of a lack of secure parking for my bike, I continued commuting…by bus. Cycling was relegated to riding the local mountainbike trails on my day off. You can guess what happened to the cycling mindset that I cultivated back in Edmonton. It slowly and eventually went into hibernation.

Things got worse. I continued commuting…by getting a drivers license and occasionally sliding behind the wheel of that pine green 1997 Plymouth Neon up there. The rest of the time I walked to work. My new house was three blocks away. Several cars later, and I’m driving to work everyday. I’m also gaining weight. (it’s kind of ironic how the picture of the bathroom scales dial looks like a speedometer….)

Fast forward a decade. I ended up here, at The Brantford Cyclepath. Surrounded by bikes. On a daily basis. (AGAIN! This is actually the second bike shop that I’ve worked at). The one great thing about working at a bike shop is that there is ALWAYS secure parking for your bike. The one bad thing about driving a car is that there is ALWAYS an excuse for not riding your bike, especially to work. “It’s too windy.” (it didn’t matter the weather) “It’s winter.” (it didn’t matter the season) “It’s too early.” (nor the time of day) “It’s too far.” (the distance of the chosen route was never an issue).

What the heck happened to the guy in the opening paragraph of this blog? Maybe I’m kind of glad that I forgot my trusty Kuwahara cyclocrosser in Edmonton. If it saw me now, it would deflate its tires in shame.

Something must be done! We don’t need a silly New Years Resolution here. We need something more effective than that. After all, how many of you have already bailed on your New Years Resolutions…after only eight weeks or less? The cure in this case seems to involve a four part prescription.

An extra hour of daylight is always a good motivator. Not to mention the added safety that it brings when you live out in the country. The clock springs forward on March 13th. (did I mention that I used to commute to and from work under the cover of darkness with nothing but the absurdly crappy lighting technology that was available back then?) Like I said, what happened?

An important part of the prescription, or “The Prescription” if you feel the need to add extra urgency, is to add a capable bicycle. That faithful old Kuwahara was an all-weather champ, and yep, I did replace it with my Specialized cyclocrosser, but now I have an even more capable monster in the garage. A fatbike. This thing removes any weather and terrain related objections. I highly recommend that you buy one if and when the opportunity presents itself.

Motivation, or a lack thereof, can be a big factor when it comes to sticking with a plan. Cyclocomputers are okay, but what about something that offers a little bit extra? Enter the Garmin. (if Bruce Lee was still with us, he’d most likely train with one). This thing looks to add plenty to the fun factor.

The last component of the cure, or “The Return Of The Commuting Mindset”, is to add a healthy dose of social interaction. Hello Strava! It’s a well known fact that misery loves company, and Strava seems to be the place to find it. The misery or the company…take your pick.

Well…that’s my take on the whole situation. A four part prescription for getting me out from behind the wheel and back behind bars (!?!?). It should work out just fine. After all, last years attempt was reasonable. I just stopped too early. If I don’t wimp out, and manage to keep at this, then maybe…just maybe…there’ll be a chance at redeeming myself in the eyes of my trusty old commuter. God knows, it’s overdue.